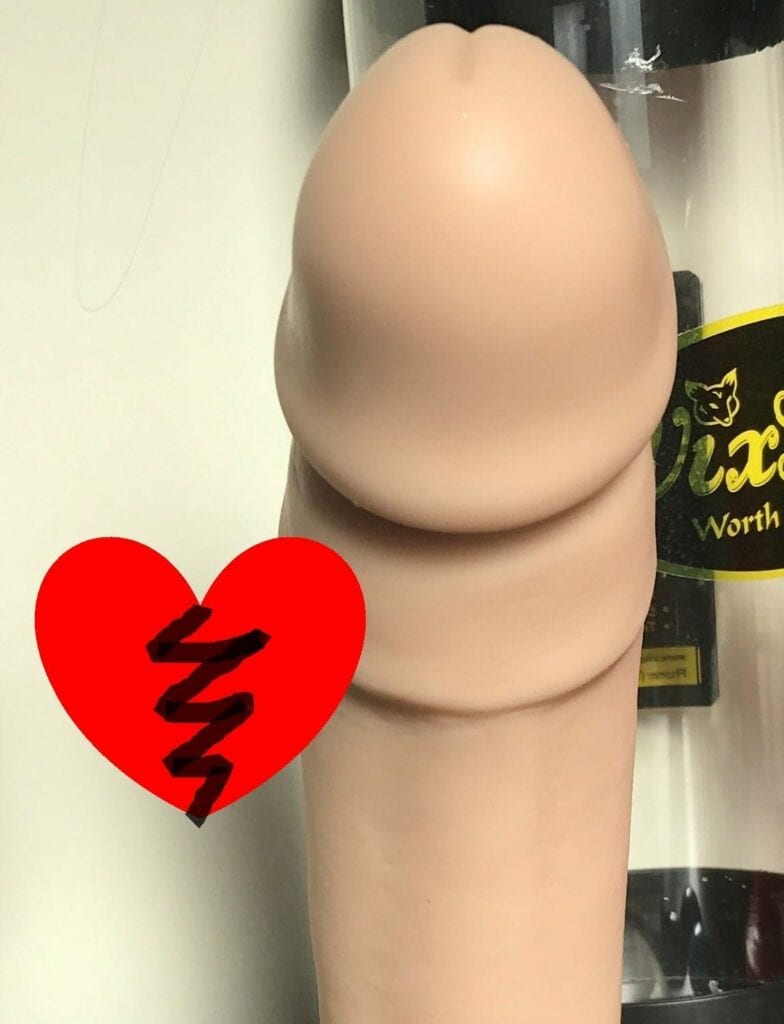 The Vixen Creations VixSkin Maverick and I had a torrid love affair, but then I had to say good-bye.

He seemed great when I first met him: tall, muscular, with beautiful features. During our first encounter, though, I discovered that his suction cup was…temperamental. And after we’d been together for a little while, I realized that while his girth was awesome, his head was just all squish. He just couldn’t stand the intensity of my passion!

Maverick is 7” of insertable length, with a big 2” maximum diameter (up at the protruding coronal ridge and throughout the bottom part of the shaft). The slightly raised texture right under the coronal ridge is a beautiful design, as it provides some extra stimulation.

Really, that’s why I should’ve gotten the VixSkin Mustang instead: its über-squishy head sticks out so much, and curves so far forward, that it makes up for the extra softness. I just want Mustang to pound my G-spot for half an hour at a time, it feels so awesome. It’s like eating your favorite dessert while getting a full-body massage. Oooomph, yes.

A final note about VixSkin silicone: it’s sticky. Unlubed, it feels kinda draggy. But when you do use lube (and why wouldn’t you?),1 Maverick is suddenly really smooth. It glides in and out, moving easily with each stroke. It almost feels like a gloss-finished toy. This may be a good thing or a bad thing for you, depending on your preferences. Since I do often like my toys a tad draggier, like Ellis, Maverick’s gliding surface wasn’t exactly what I was looking for.

There are also a few ways to work around the suction cup problem, including a thigh harness, a Liberator toy mount, or some double-sided (probably PVC) suction cups.

TL;DR: An Awesome Toy, Just Not Perfect for Me

Here’s what I liked and didn’t like about Maverick:

If you like big, squishy penetrators, find Maverick for under $100 here!